Please download the Stockholm official guide and find some additional information below.

Getting here
With direct flight connections from more than160 destinations, getting to Stockholm Arlanda Airport couldn’t be easier. From there, it’s just a short hop into the city center. And public transport is excellent, so getting around the city is easy.

Everything within easy reach
Stockholm is a metropolitan city of some 2,3 million inhabitants, yet nothing is never far away. You’ll find world-class conference venues and a wide selection of hotels, cultural sites, shops, restaurants, cafés and bars within easy walking distance. Not to mention water, forests and unspoilt nature.

Culture and history
Stockholm City is built on 14 islands, with glittering water in every direction.
The water is clean, good enough to drink and for salmon to swim in! You can swim a stone’s throw from the city center. It’s a harmonic blend of old and new, ultra­modern and medieval. Take a walk among the narrow, cobblestoned streets of the Old Town and feel the presence of history all around you.

City of Science
Stockholm is one of the most knowledge-intensive and innovative regions in the world and home to two of Europe’s most important technology and life sciences communities. Prestigious universities like the Royal Institute of Technology (KTH) and Karolinska Institutet attract students from all over the world. Moreover the Nobel Prizes are awarded in Stockholm every year in December. Read more here and visit the Nobel Prize Museum

Culinary delights
Modern Swedish cuisine, with its fusion of native recipes and global influences, has gained international acclaim and Swedish chefs have won many prestigious prizes in international competitions. Join in the spirit of the Nobel Prize and enjoy a dinner at City Hall, the venue for the Nobel banquet.

The birthplace of music tech
Stockholm is famous for ranking among the world’s top exporters of music as well as being the number-one hub for the music tech industry. Ever since the 90s, a lot of the world´s biggest pop acts come to Stockholm to produce their music in cooperation with the city’s many music creators. Discover the city where some of the defining moments within music and tech took place. Read more about the Stockholm – the birthplace of music here.

Extracurricular activities
The 30,000 islands of the Stockholm archipelago are irresistible. And there are many ways to explore them. Join a guided group or get away from it all on your own. Choose from sailboats of all sizes, or hire a kayak, canoe or seaplane. Dine onboard a turn-of-the-century steamer and marvel at the scenery. If you like adventure, experience the G-forces of a thrilling RIB boat ride. Read more about the Stockholm archipelago here.

The Unicorn factory
Thanks to successful startups like Spotify, Skype, King, Klarna and Izettle, Stockholm has become a global tech and startup hub. Dubbed the “Unicorn factory” by the Financial Times, Stockholm has the most unicorns per capita in the world after Silicon Valley. Read more here: here 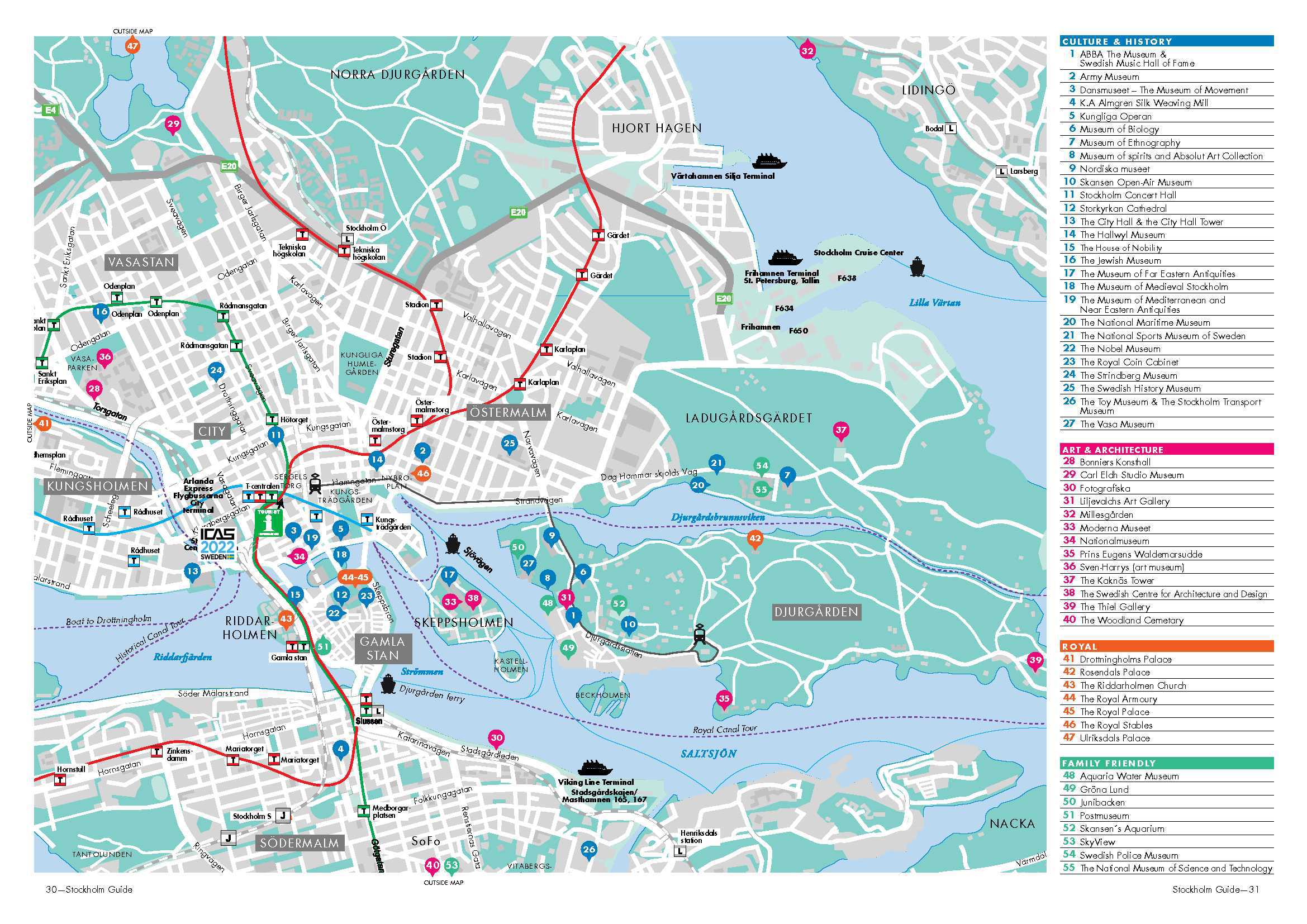 The congress venue Stockholm Waterfront Congress Centre is located right in the heart of Stockholm, just a 2-minute walk from the Central Station and within walking distance from shopping areas, restaurants and tourist attractions (nearest station T-centralen/Central station). In this short Stockholm video the congress centre is visible next to the City Hall in the first pictures.